Royale Energy Inc. is a development oil and gas production Company.  Royale owns and operates wells in California and Texas and markets oil and natural gas to its customers.

Royale maintains a commitment to providing investment products, which seek to minimize investor risk while providing maximum return. We have accomplished this through the use of joint investment in multiple wells. This commitment allowed the Company to grow from a small beginning to its current stature as a publicly traded independent producer.

The Company currently owns interest in over 70 producing oil and natural gas wells. Royale Energy is focused on building prospect inventory through acquisitions of property, 3D seismic surveys and field development over some of the most prolific natural gas and oil producing fields.

Royale Energy provides direct management of company properties as needed to monitor and maintain a high level of productivity.  We are focused today to identify and develop low risk drilling opportunities wells drilled in known oil and gas fields.

On March 1, 2018, Royale merged with Matrix Oil Management. This strategic transaction created a high-growth California and Texas focused operating company with an extremely experienced technical team and more than 80 proved undeveloped drilling locations. Royale and Matrix both have been successful low-cost finders of oil and natural gas. Today we are focused on the Permian Basin (North Jameson) and Pradera Fuego in Texas.

On October 22, 2018, Royale Energy and California Resources Corporation (CRC) announced that the two companies had entered into a new joint venture agreement to develop wells throughout the Rio Vista field, the biggest gas field in California. The joint venture agreement was to drill and develop multiple, stacked productive formations in this prolific and historic property.

The agreement expanded the joint venture development area to the entire Rio Vista field. Royale has access to a larger area, more formations and significantly larger reservoirs to drill lower risk infill development wells than had been available under the prior agreement.  Royale’s ability to drill low risk underdeveloped reserves has increased substantially in a very prolific, undeveloped gas field.

Royale evaluates drilling, development wells that target Eocene and/or Upper Cretaceous-age strata in the Eastern part of the field plus the Capay, Midland Sand and Mokelumne River formations in each well.  Target depths are between 4,000 and 7,200 ft.  Initial production rates are expected to range between 1,500 MCF to 2,000 MCF per day, with potential for wells with reserves of several billion cubit feet (BCF).

To date, Royale has drilled twelve commercially productive Rio Vista wells in the Capay, Martinez and McCormack formations with the original agreement.  Royale has an opportunity to evaluate drill locations through 2022.

The Rio Vista field was discovered in 1936 and had produced approximately 4 trillion cubic ft. from more than 15 stacked reservoirs. 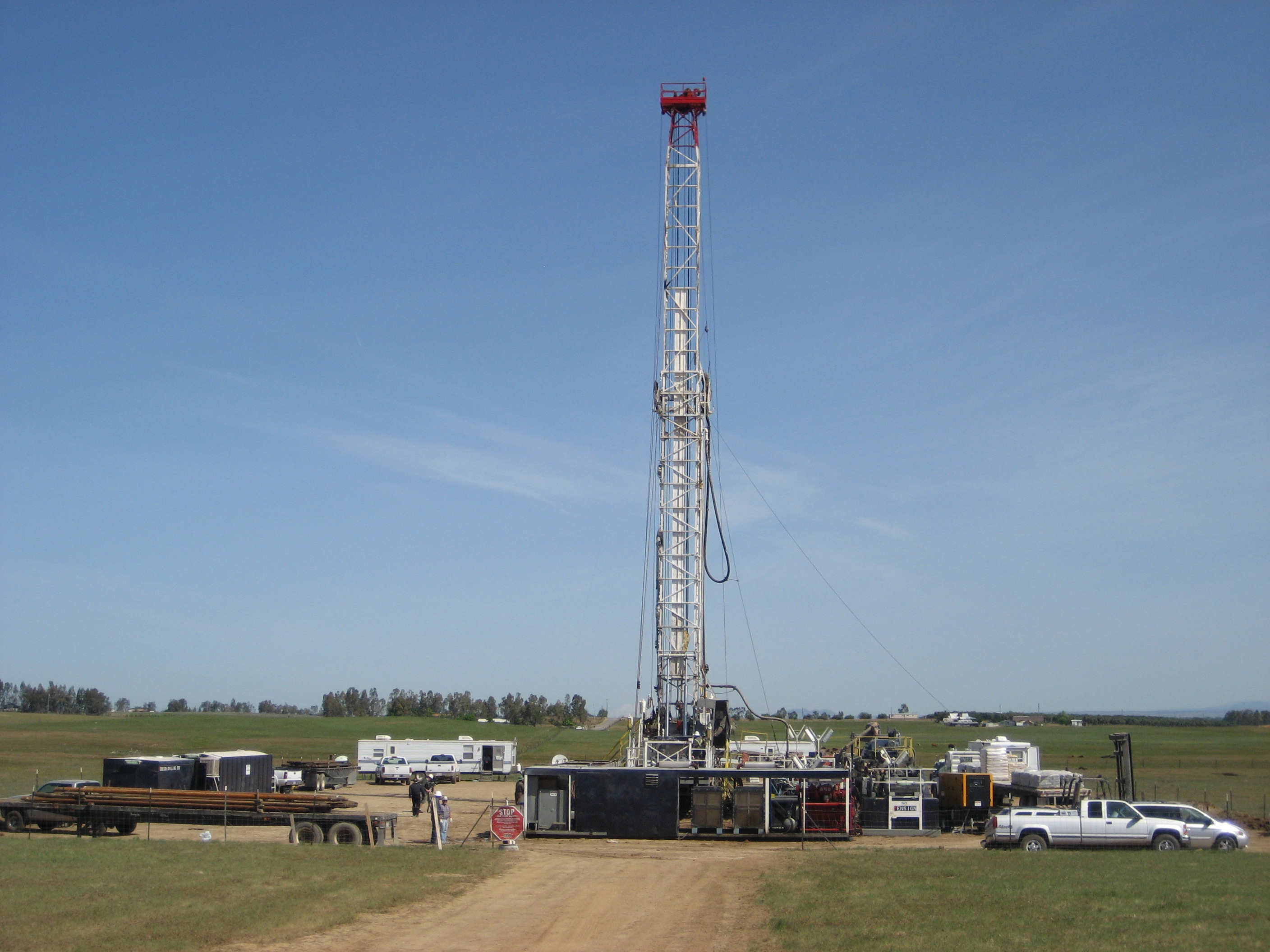 Royale purchased the Jameson North assets from General Electric (GE) in December 2018 as they were divesting their oil and gas assets. Royale has identified approximately 20 high quality infill Development well prospects using a 3D seismic survey covering all of our Jameson North Field (JNF) lease ownership in the Permian Basin.

Located in the Permian Basin near Colorado City, the JNF was an extension of the large Jameson Field. The JNF was developed by Shell and Sun Oil in two phases, 1953-58 and 1978-84, as a Strawn Sand and Carbonate Reef play.

JNF has additional potential in the Odom Formation with 52,000 barrels of oil and 200,000 MCF of total reserves per well. The Odom produces initially at a rate of 71 barrels of oil per day and 136 MCFD per well.

Additionally, the deeper Ellenburger Formation is productive at a depth of approximately 7,000 ft. Productive Ellenburger wells averaged 70,000 barrels of oil and 65,000 MCF of natural gas per well.

The infill well drilling potential in JNF has been identified by thorough historic well review and from the use of modern seismic data. The 3D seismic survey identified infill drilling opportunities that exist between productive wells in the field. The use of modern seismic data is frequently used to help delineate new drill opportunities in older fields. The data was processed with pre-stack time migration and careful oversight of processing velocities. Proprietary high-resolution post-stack enhancement was used to produce vertical resolution that was tied directly to well logs.

Our results in 2020 drilling have been encouraging. McCabe VT #61, the first well drilled by Royale Energy in JNF in February 2020, encountered very good quality oil-bearing sands in the Strawn. The VT McCabe 62 was drilled as an in-fill evaluation of the Odom, Ellenburger and to further evaluate the Strawn as a completion option.

The Sansinena oil field is located in the NE portion of the Los Angeles Basin along the southern edge of the Puente Hills and is located immediately east of the Whittier Field also along the Whittier fault trend. The Puente Hills are a positive feature formed by left transcurrent movement on a NW-SE complex of faults including the Brea-Olinda, Whittier and Montebello faults and associated sub-faults. These faults form a series of anticlinal fault-blocks and compound stratigraphic structural traps resulting in the trapping of Miocene oil that was generated either deeper in the Los Angeles Basin or in deeper fault blocks along the fault trend.

Oil and gas are the dominant pore-filling fluids in Sansinena over more than 4,500 vertical feet, with a prolific hydrocarbon sourcing system. The field has offered numerous infill drill targets. Today Royale works with RMX Energy, LLC to identify and develop infill locations.  As of October, 2020, five of these infill wells have been successfully drilled and all have exceeded our expectations. 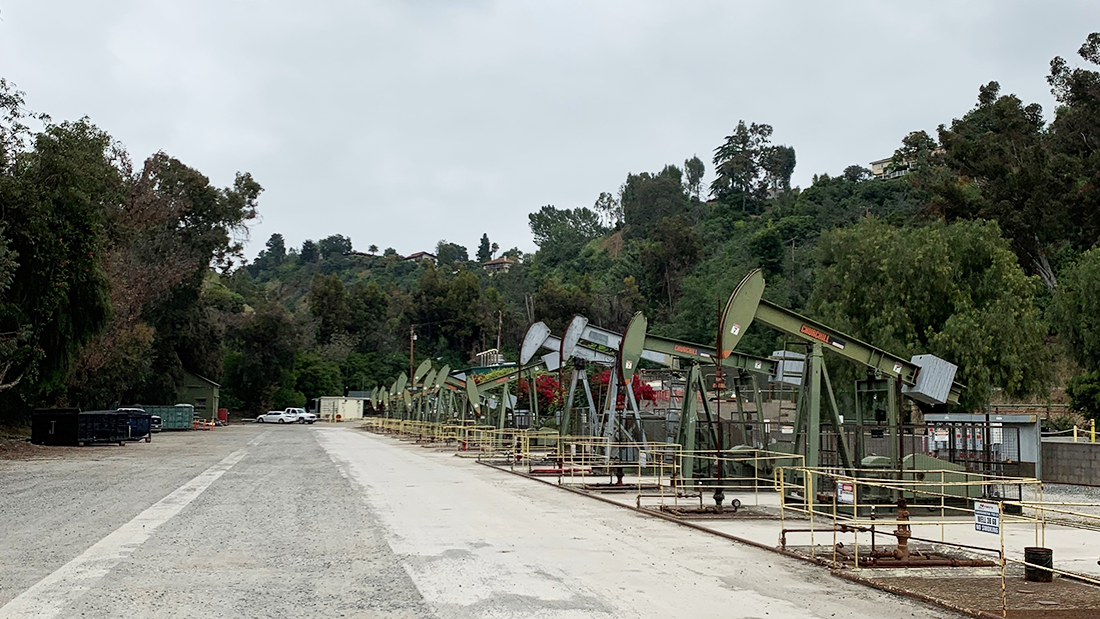